I noticed while exploring this very exciting NFT space, there are many new words to learn and without the knowledge of them, you won’t get very far. It could be a bit confusing and much to see terms like KYC, HODL and more. But those terms are the building blocks to communicate with people digitally and just belong in this world.

In this upcoming blog series on my site I’ll explain in an easy peasy way what every word means and what you can do with it.  In every blog you will find an explanation, handy links and a Youtube link for more information about it. Short, sweet and simple!

You can always have one place to learn about all you need to know when you start, just like me now, to come to and truly understand what every slang word means!

Personally I absolutely love Pepe. I use the lovely green frog many times in my Telegram community channel and on Twitter sometimes. I think despite what people/media say, Pepe to me is a cute internet meme which captures real life emotions so well, so relatable. I just ignore anything political that is made with Pepe.

So here we start our exploration of Pepe, who is he and how did it start?

Pepe the Frog (/ˈpɛpeɪ/) is an Internet meme consisting of a green anthropomorphicfrog with a humanoid body. Pepe originated in a 2005 comic by Matt Furie called Boy’s Club.[2] It became an Internet meme when its popularity steadily grew across Myspace, Gaia Online and 4chan in 2008. By 2015, it had become one of the most popular memes used on 4chan and Tumblr.(Thank you Wikipedia)

Pepe is created with much practice over years and years by Matt Furie but once the internet took over, the frog evolved to be a business card for more political right movements after 2015. In 2019, Pepe was used by protesters in the 2019–2020 Hong Kong protests.

This is a reaction about the political usage of Pepe by his creator Matt Furie:
“As the creator of Pepe, I condemn the illegal and repulsive appropriations of the character by racist and fringe groups. The true nature of Pepe, as featured in my comic book, ‘Boys Club,’ celebrates peace, togetherness and fun. I aim to reclaim the rascally frog from the forces of hate and ask that you join me in making millions of new, joyful Pepe memes that share the light hearted spirit of the original chilled-out champion.” 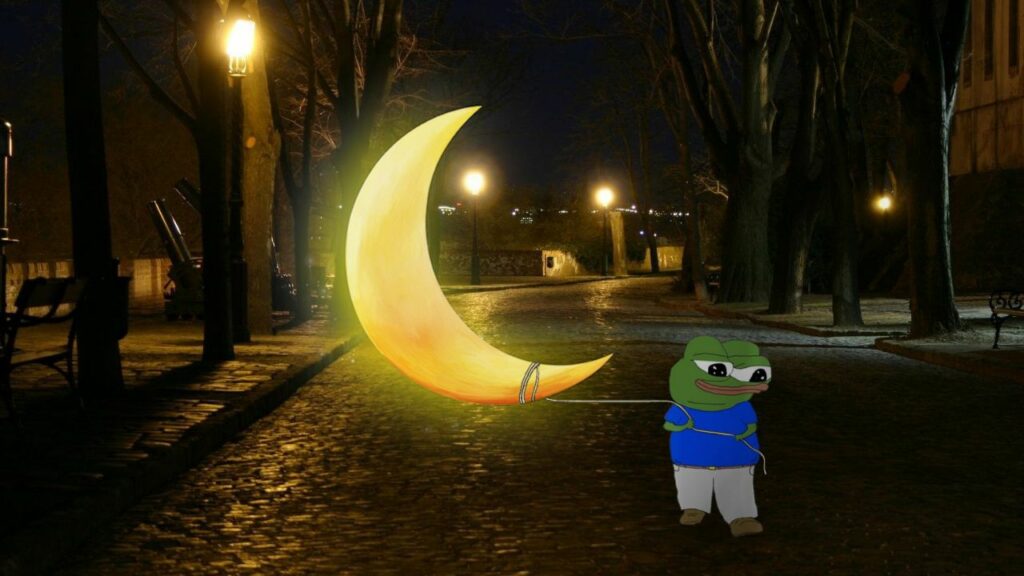 How does this translate to Crypto and the NFT world?

First of all, I think Pepe can be used as a way to express yourself. I have seen tons of crypto Pepes with green or red candles, still Telegram stickers, animated Telegram stickers and what have you! I personally love to watch this Pepe Telegram channel.

Rare Pepes, playable as “RarePepePRTY,” a card game reminiscent of Magic: The Gathering, Pepes have even been turned into Counterparty assets, now able to be traded on the Bitcoin blockchain for real money. There is even a wallet you can use and store your Rare Pepe cards in.

Feels Good Man, a new documentary from director Arthur Jones, takes on one of the most recognizable symbols of internet culture in the last five years: Pepe the Frog. The cartoon creation was originally conceived by artist Matt Furie, who never intended for the harmless frog to transform into a symbol of hate, but watched as his character spiraled into the deepest corners of the internet and out of his control.

Described as “A Frankenstein-meets-Alice in Wonderland journey of an artist battling to regain control of his creation,” Feels Good Man follows the journey of one artist to take back his work and reclaim it for himself. Furie fights to redirect Pepe back to his original intentions, steering the character away from the hate he had come to embody and back to a positive symbol.

On the internet you can find the whole documantary of Matt Furie and the story behind Pepe. I already have found it’s own IMDB page

Whilst I was updating my Beginners guide for Decentraland, I was adding some links to visit my favorite places. My eyes suddenly fell on this gem called “Rare Pepe Gallery” and I absolutely loved it! Someone shared his rare Pepe collection and made it’s own Decentraland gallery about it. I hope you enjoyed this fun NFT Lingo blog, I really had tons of fun creating this one. Stick around for many more NFT Lingo or read one of my beginner guides! For example, I already did a beginners guide to Twitter Spaces, web3, Twitter itself and Decentraland.

First NFT launch coming SOON! Stay updated and follow me on my socials!